We encountered four interwoven bugs that caused a degradation of service in one of our production instances. As the bugs have particularly interesting implications and some significant lessons learned, we thought it would be prudent to explain the situation to the community to help the next person who may encounter one of these problems. The majority of the problems we encountered were external in nature, and we’re working toward mitigating the impact of future external problems.

Note: All times listed are in UTC.

On 08 June 2020 at 10:35, our on-call SRE received an alert that our production instance needed attention. Investigation began immediately.

When addressing an unusual problem with a spike in incoming data, we discovered four distinct but interconnected bugs that compounded the reverberations of the data spike. Our Elasticsearch clusters were exhibiting high thread pool counts that exacerbated the data spike, and when we attempted to increase our hardware allocation, we ran into three external bugs with our disks that triggered index corruption issues, further compounding the problem. While identifying mitigations and workarounds for two of the external bugs, we figured out a way to adjust our system to handle data spikes better and address the thread pool count in the process.

2020-06-08 ~07:00
A customer’s incoming data started spiking. This spike didn’t start impacting other systems until our first alert at 10:35.
2020-06-08 10:35
We received an alert, which kicked off our incident management process.
2020-06-08 11:31 –
2020-06-09 14:58
We found our first indication of a “noisy neighbor” problem: A customer having a spike in incoming data that was so large other clusters were affected as the load balanced. Our typical mitigation strategy wasn’t working very well, and we started investigating why. One issue we identified was that our prioritization strategies were not working properly.
We also were getting a number of noisy alerts about pod numbers that briefly sent us down the wrong path.

Elasticsearch high thread pool issues arose that were not like any we had seen before. We continued to mitigate with manual intervention to keep the system running while we tried to identify the underlying issue.

First, a quick general note. Elasticsearch is built off of the Apache Lucene platform,1 and a lot of the following discussions will refer to the underlying Lucene processes and how they affected our Elasticsearch clusters.

The issue of one customer generating a data spike that kicks off a shift of resources to manage that spike has been something we’ve managed through a semi-automated system in the past. Normally, this spike would be a small blip on the radar at most, requiring minimal intervention to offset. While this factor was mainly a trigger that kicked off the incident, we were able to add a more code-based, permanent solution to our architecture as a result that reduced the need for more manual intervention in similar future cases.

Lucene has the concept of an index, which is essentially a specialized data store that holds documents–objects that hold data in a standardized format. These indices are further broken down into segments, or sub-indices, that are immutable, or unable to be changed once created. Lucene will merge these segments together to create larger segments as more segments are generated when more data is added to the overall index.2 Elasticsearch’s shards are essentially Lucene indices, and therefore, by extension, Elasticsearch shards also have this merge function. Elasticsearch also uses the thread pool design pattern throughout its architecture to manage the functions like bulk insertion of data into shards and flushing indices to disk.

Incidentally, the thread pool spike could also account for the initial impact on search when the data spike occurred. High thread pool counts on merge can be a symptom of a large number of segments being created all at once as large amounts of data are added to the index, and that rapid turnover of memory cache can cause invalidation of search results and therefore degradation of search availability.

After some investigation, the index corruption issue we saw on our longer-storage systems seemed to stem from a connection timeout to our third-party storage system, and this symptom does not seem to have been isolated to our systems.3 The underlying cause was out of our scope, but the technical recovery process is worth talking about separately.

Elasticsearch duplicates clusters across an entire ecosystem, creating primary and secondary (replica) shards on different clusters.4 The source of truth for a document in the cluster is the primary shard. Generally, whatever happens on the primary shard then is replicated to the secondary shards, and new secondaries can then be created or destroyed at any time. In our case, the secondaries are created over time, leaving a trail of “stale” copies of the data until those secondary shards are eventually assigned and wiped. The newer secondaries had the same data corruption issues as the failed primaries. However, the stale secondaries had the majority of the data from the primary shard without the corruption problem, and they luckily had not yet been wiped. We were able to manually reassign the secondaries as primaries, buffering them to memory and then flushing them to disk. In doing so, we were able to recover nearly all of the missing data from the corrupted indices.

Two other factors involved external sources where we ran into unique bugs that have since been reported and solved by third parties. As these bugs belong to other sources, we won’t spend too much time here explaining them. One bug involved labeling of groups of volumes in Kubernetes-based clusters.5 The other, as noted, was related to the Stork health check call. The health check didn’t seem to identify the storage driver that was running or that the storage driver was still booting, and that caused all of the disk-backed pods to get ejected from a node. For more information on this last bug, we refer you to the relevant pull request on the open-source project.

In a larger sense, one of the hallmarks of a mature platform is the ability to mitigate external factors swiftly with minimal impact on the customer’s experience. That hallmark is why the industry balances loads across datacenters and encourages rolling updates and restarts across microservices architectures, as just two examples. The aim of mitigation strategies is to handle issues gracefully, such as seamlessly transitioning a user’s session to a different datacenter if the first datacenter’s connectivity falters or preserving a known working function if an update to an external dependency breaks part of an application’s functionality. No one expects that a third party’s systems work all of the time. Instead, we all work off of service-level agreements and uptime statistics and then attempt to have worst-case scenarios planned and ready should something we rely on go down. And we find solid third-party partners that react swiftly to reports that something isn’t working properly.

We are continuing to monitor and tweak the hotfix we released to production that seemed to address our “noisy neighbor” problem once and for all. There will definitely be more optimization that is needed simply because it was a hotfix released at speed to address a pressing issue in production. Examples of this optimization include the following potential investigations:

In regards to the external factors that complicated this incident, we generally were lucky to get engagement quickly from our third-party partners. We have some new internal mitigation techniques to standardize in case we run into similar issues in the future:

While this incident mostly ended up being compounded by external factors, we learned more about how to mitigate those factors and addressed some underlying issues with our infrastructure that the attempts to mitigate the problems uncovered. Kudos goes to our partners that stepped in immediately to help understand the problem and work on their respective ends to address underlying issues that we encountered. We also were pleased that our new notification systems for customers within the app seemed to work so well in our first test of our initial action items from the last postmortem. 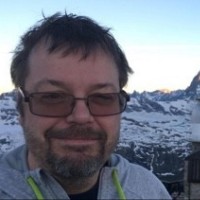 Also published on our Dev.to engineering blog When thinking about serverless applications, one thing that comes to mind immediately is efficiency. Running code that gets...